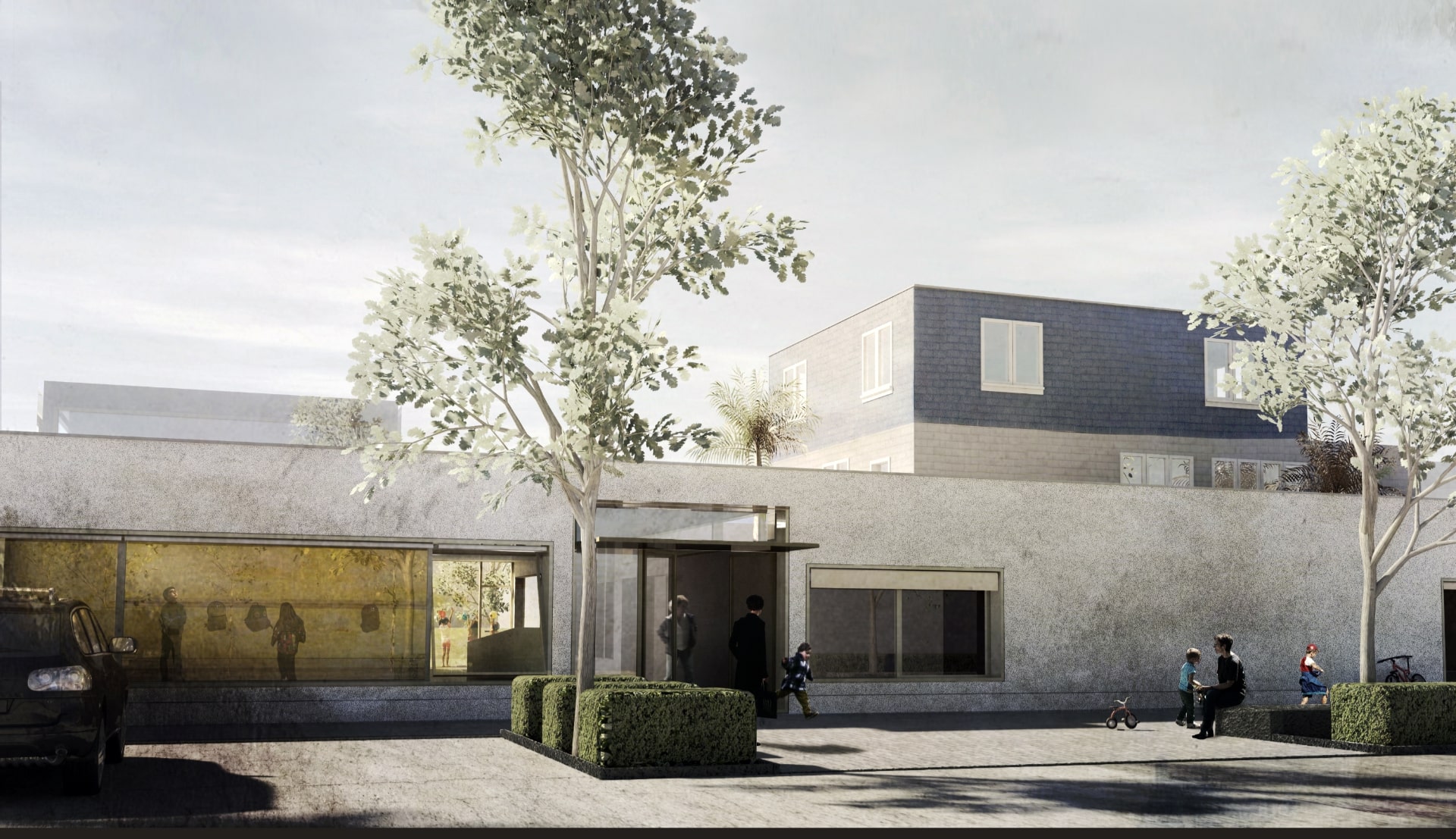 A Kindergarten refurbishment and extension in the town of Heerbrugg, Switzerland. The existing house is circumscribed by a new plinth, which encompasses all new functions: four classrooms with facilities and combined grouprooms. The existing building, with its odd mosaic paneling and stepped volumetric development, receives a new neutral envelope. The envelope brings old and new together.

The floorplan is reorganised and generates interaction between classes through bright common spaces. The classroom-isles are defined by a difference in height: a ramp leads to the individual classrooms.
Colours further identify the single classrooms. Group-rooms can be flexibly subdivided into two rooms, or opened to the common space (Image right), for instance for performances. 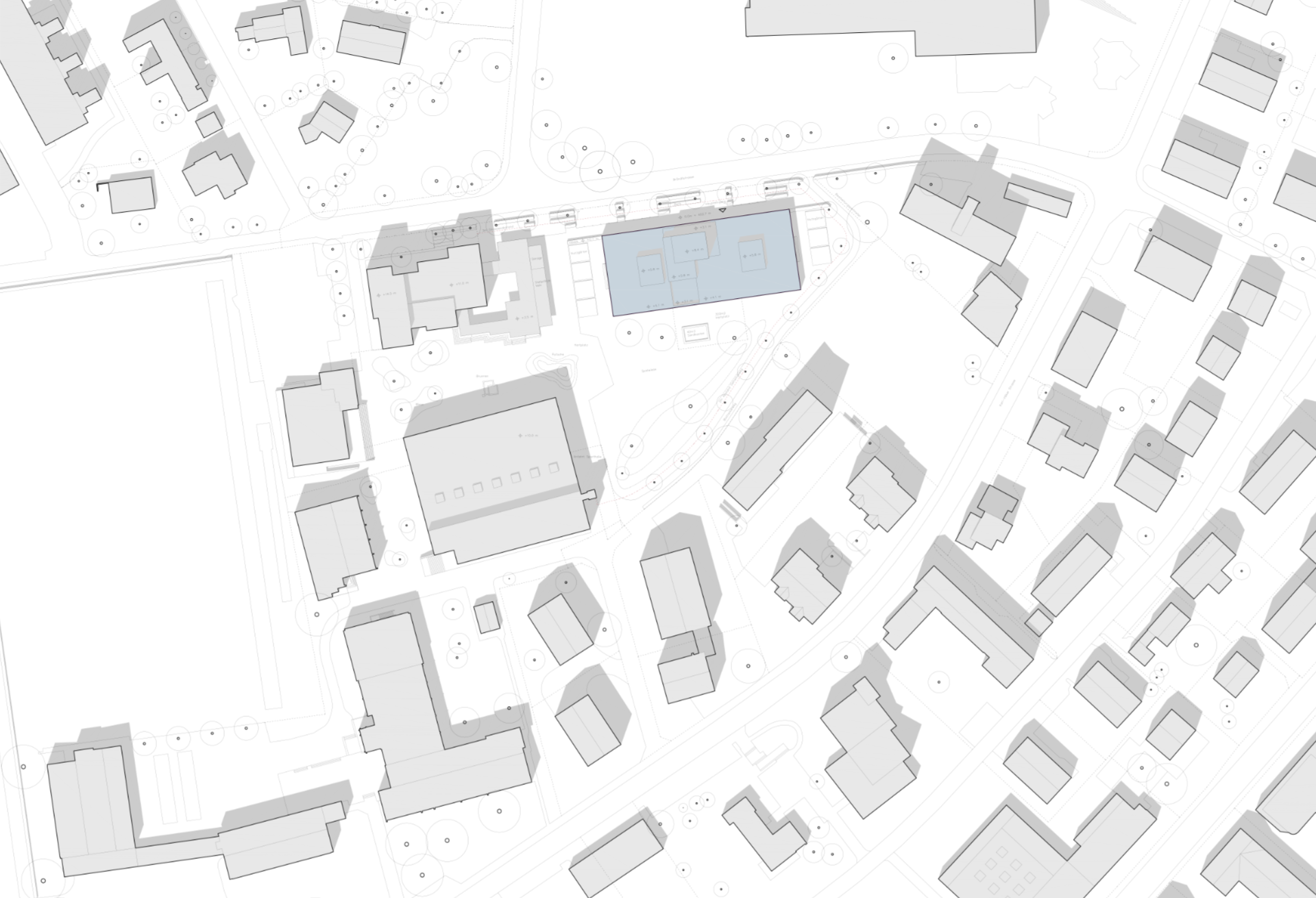 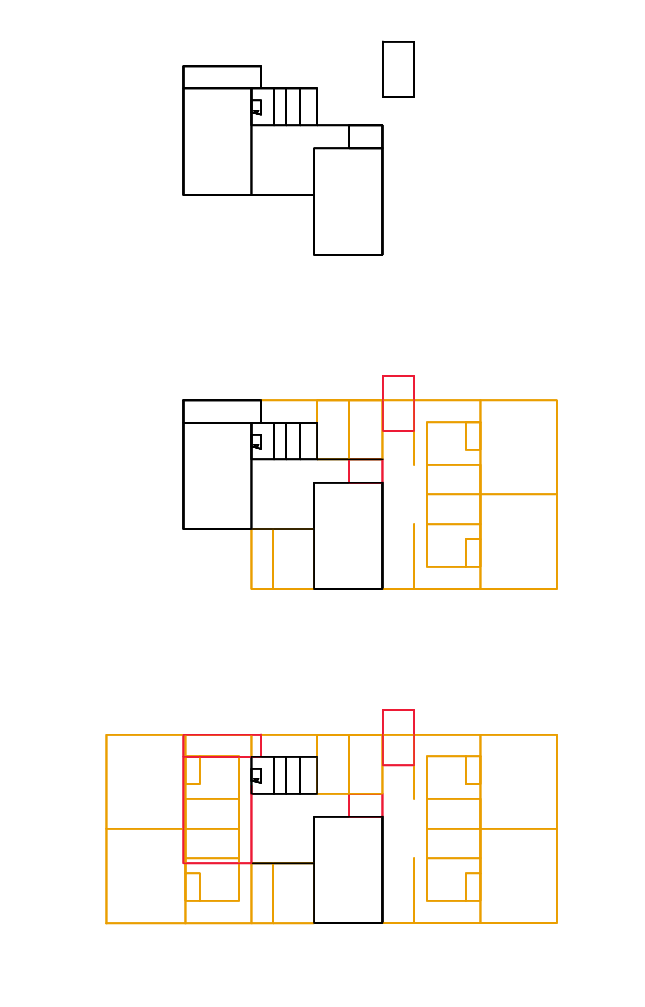 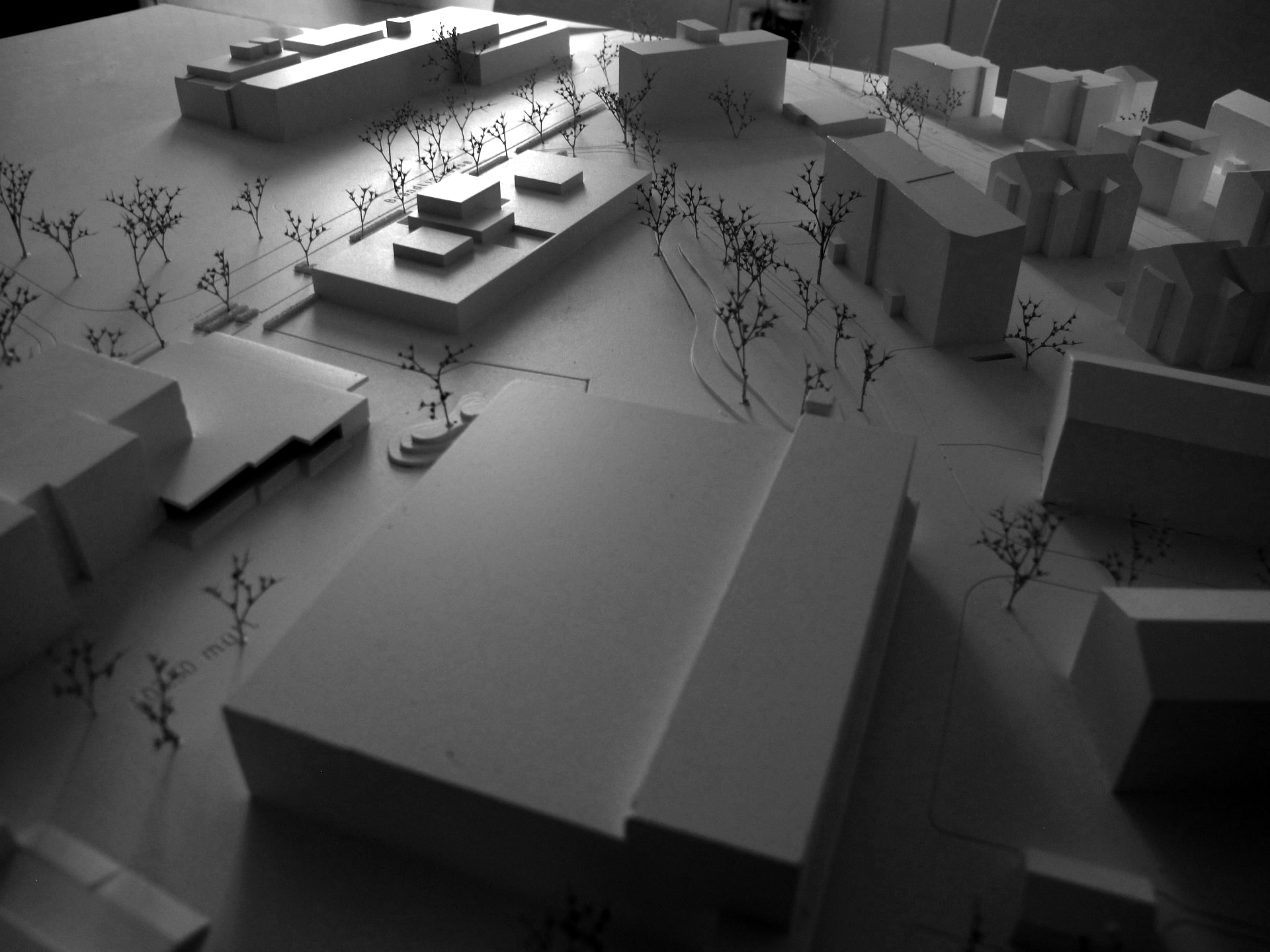 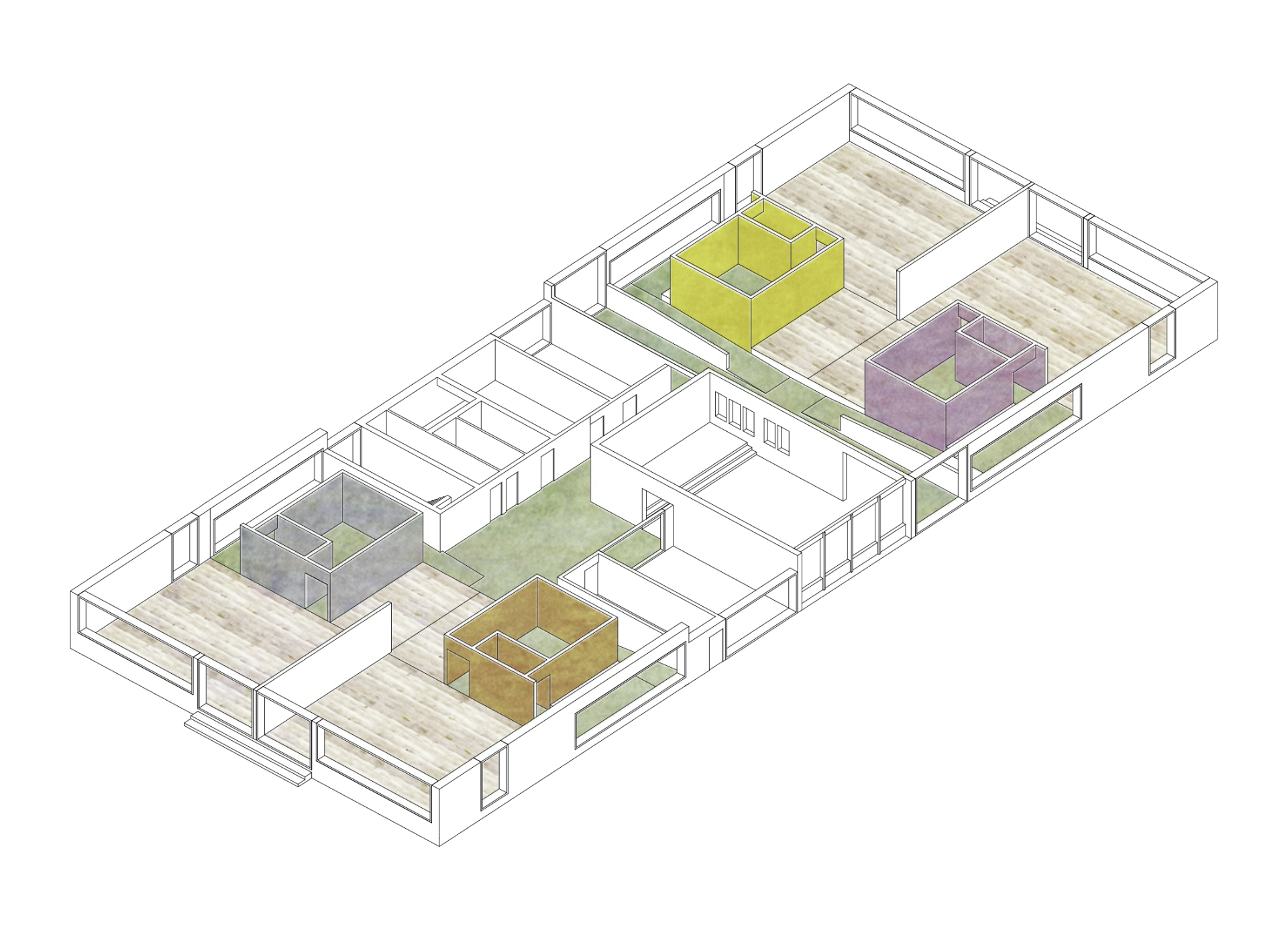 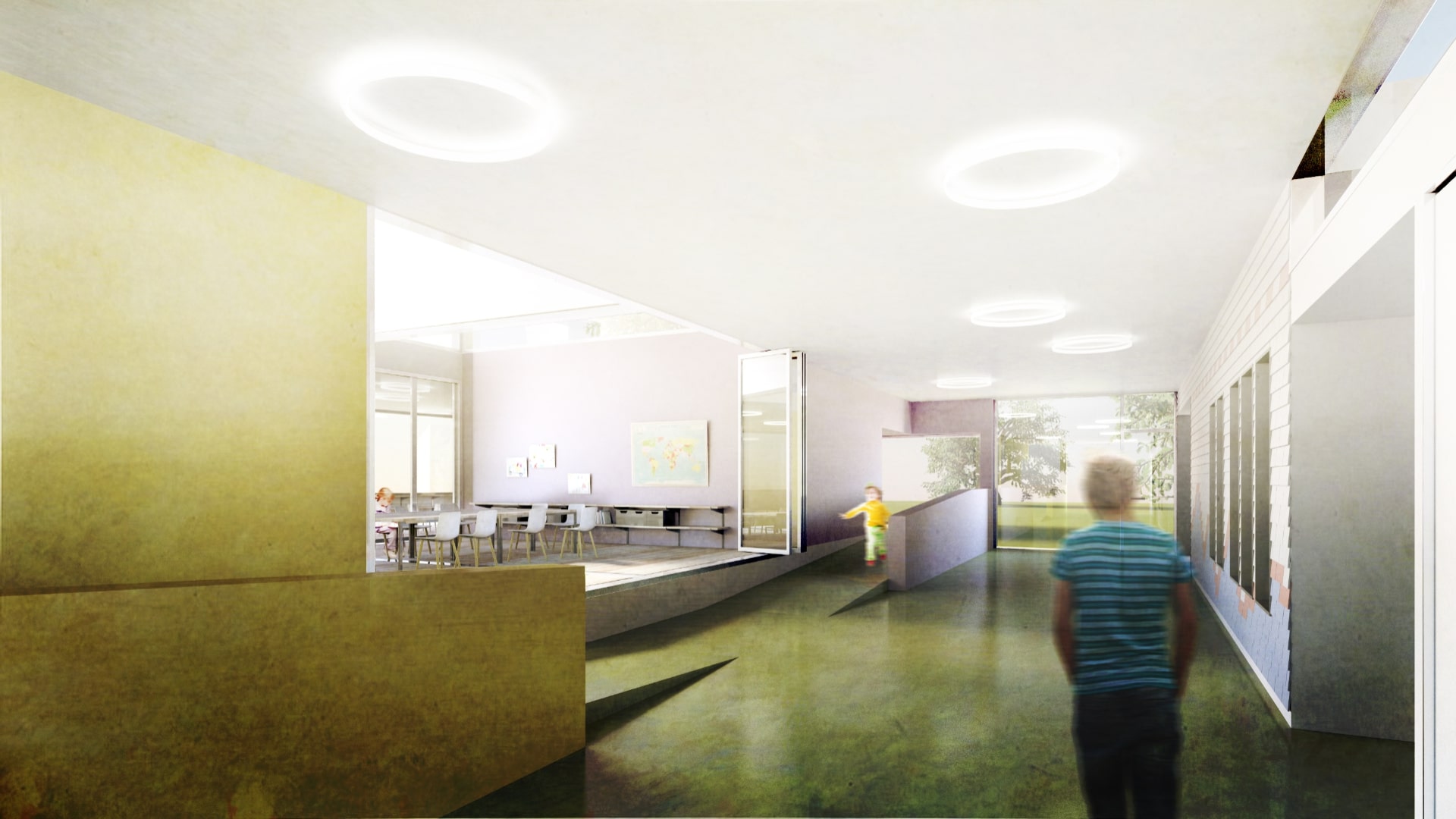